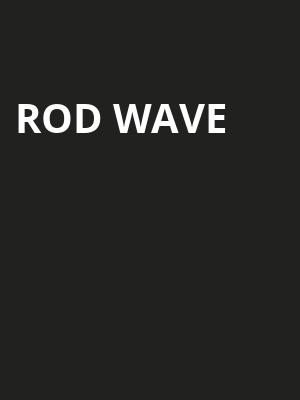 Hip-hop, Trap, R&B and Neo-Soul is an excellent way to find oneself in 2021. Rod Wave is touring in the US throughout October, and finishing his SoulFly Tour in December. This rapid fire tour hits twelve cities in four weeks; hitting cities in California, New York, Louisiana and Colorado, among others. The tour, named after Rod Wave's most recent album, will feature his brand of candor and heartstring pulling that his fans - new and old - have come to expect.

Rod Wave made his first impression on the music scene in 2019 with his viral single "Heart on Ice". Since then, he has consistently remained at the top of the charts with his debut album, Ghetto Gospel, and his second album release, Pray4Love. SoulFly, his latest album drop in March 2021, is his best and most popular release to date.

You may be required to have had a COVID vaccine in order to attend this performance or show proof of a negative test. Please contact the venue directly for more information on this.

Sound good to you? Share this page on social media and let your friends know about Rod Wave at Colonial Life Arena.